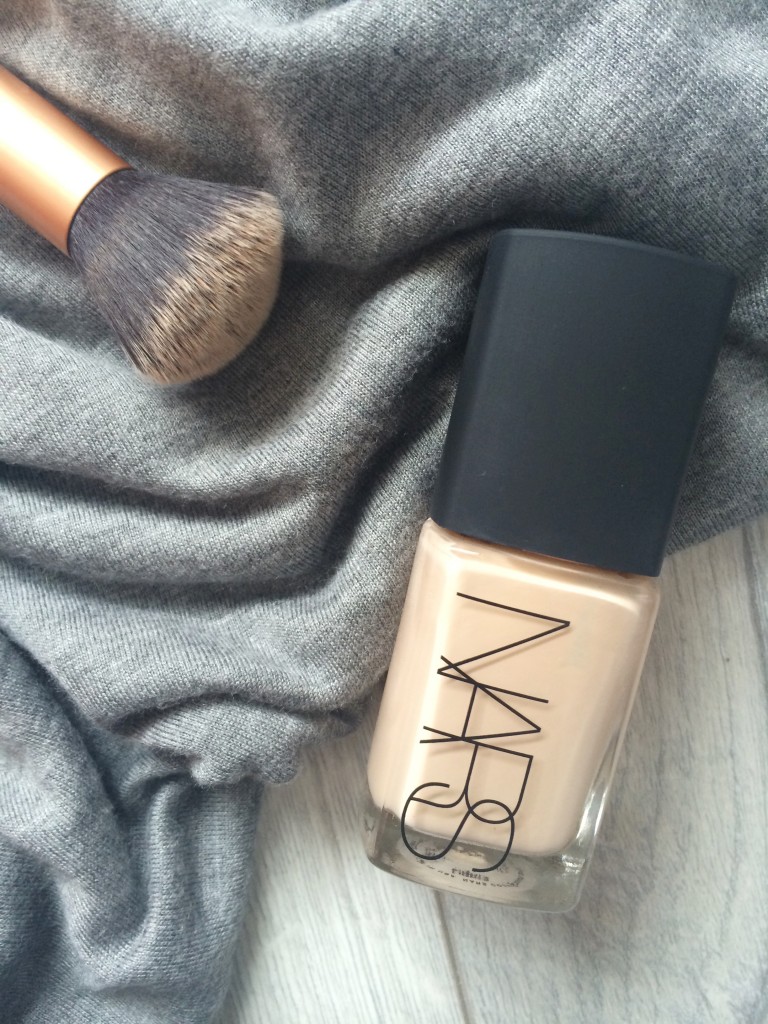 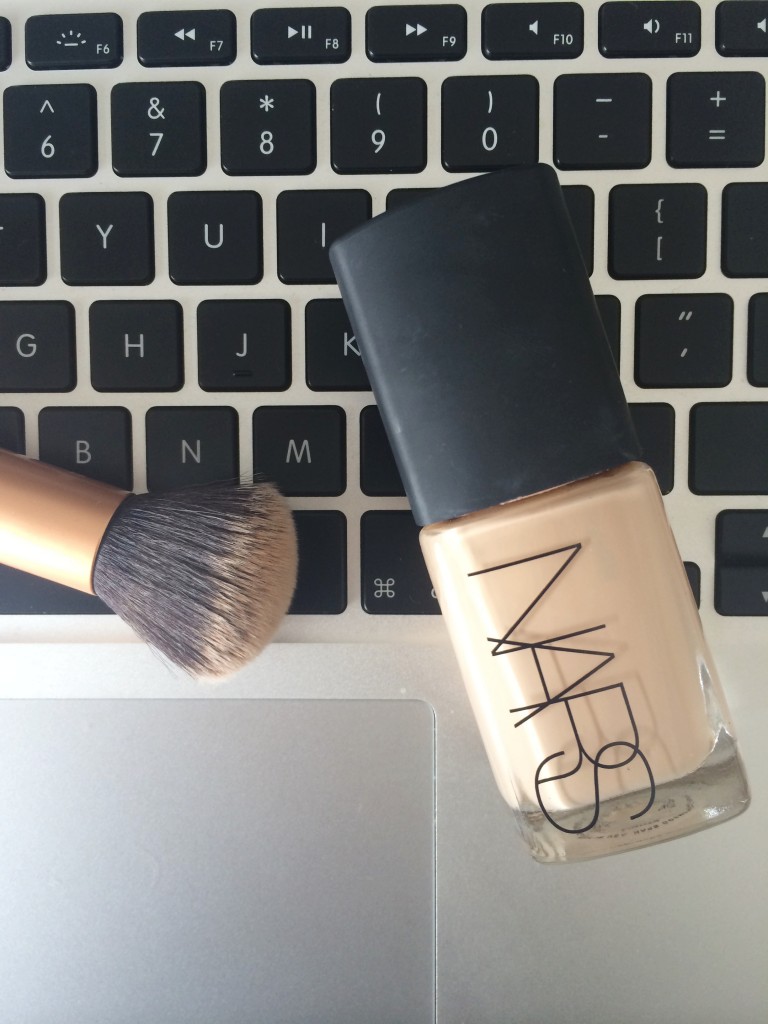 Since NARS Sheer Glow came into my life nine months ago, I haven’t gone longer than a couple of days without using it. And that would only be for no makeup days and nights out. After using it nearly non-stop for that length of time, I felt that a whole post was in order for this amazing foundation.

I picked this up in December of last year, and am still using the same bottle. As I said, I’ve used this minimum three days a week since purchasing it, so this foundation is definitely worth its value for money. And trust me, I don’t go lightly on it. I didn’t even have to think about repurchasing this product, I knew automatically that when it runs out I’ll be straight to my nearest NARS counter to pick up a bottle and that it would be something I’d use for a very long time.

I forgot to purchase the pump when I bought the foundation and thought that emptying it out of the bottle would drive me insane and I’d end up wasting a lot of it, but I didn’t have any problem using it that way. I usually use around a 50 cent sized blob on the back of my hand and that covers my entire face. If I pour out more than I need to I just scrape it off the side of my hand and it goes straight back in.

My skin is by no means flawless, so even that little amount of foundation gives a lot of coverage. I’ve found that the less you use with this foundation, the better. When I just started using it I applied loads and loads, and soon realised that I didn’t need it and that it looked better when less was applied.

The name ‘sheer’ is really misleading so if you’re a medium/full coverage foundation girl like me,  fear not, you’ll still love this foundation. I’ve a fair bit of redness and scarring on my skin and I’d say this foundation covers 70% of it. I just apply a few dabs of NARS Radiant Creamy concealer where its needed and bam – flawless face.

The finish isn’t shiny, nor is it matte, it’s exactly what it says on the tin. But it’s not the bad kind of glow, the ‘I’ve just ran for the bus in the rain’ kind of glow, it’s more ‘I’m in a really good mood and it’s showing on my face’ kind of glow. Does that make sense?

The formula is light and thin, so it looks best when built up. I usually dot it around my face and blend, blend, blend using my Real Techniques Buffing Brush. Sometimes I just sit for a couple of minutes while doing my makeup and buff this into my skin, the more you buff the nicer it looks, I think. As my skin isn’t the smoothest in the world, I apply Kiehl’s Micro-Blur Skin Perfector underneath so the foundation glides on easily.

My skin would be combination with regular breakouts, but I think this foundation would suit any skin type at all. It hasn’t caused my skin to break out, doesn’t cling to dry patches and doesn’t make my skin look extra shiny when it’s oily.

I use a swirl of MAC Mineralise Skin Finish in the shade ‘Natural’ on top to keep any unwanted shine at bay, and the finished result lasts all day long. When I leave the house in the morning and come home nine hours later my foundation is still perfectly in tact. If that doesn’t say it’s amazing then I don’t know what will!

I wear the shade ‘Mont Blanc’ and it’s what I’m wearing in the photo on the sidebar.

So if you’re thinking about picking up NARS Sheer Glow, I’d say go for it. In my eyes it’s the perfect foundation and I really can’t fault it!

Let me know in the comments below if you’ve tried NARS Sheer Glow before and what you think of it!