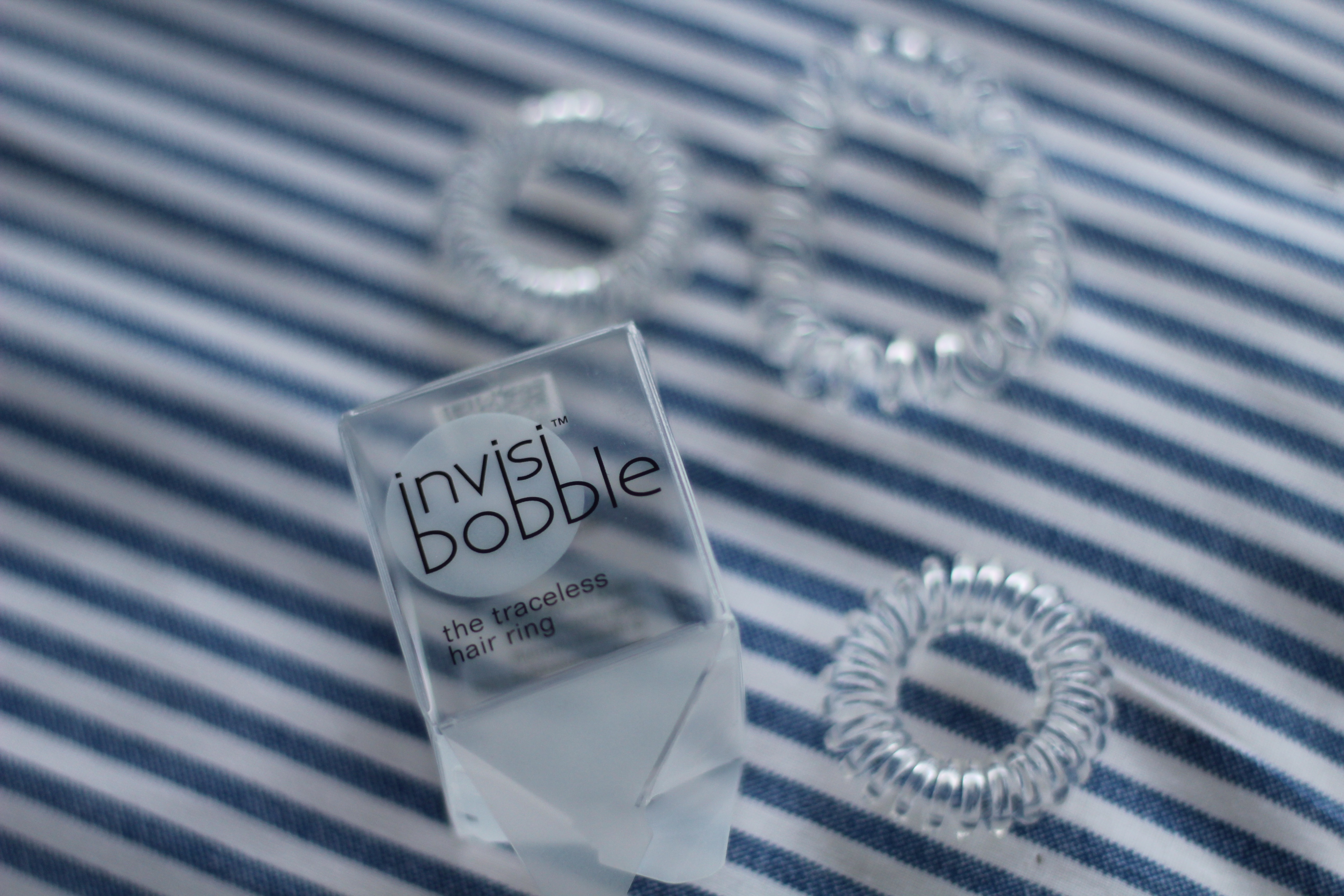 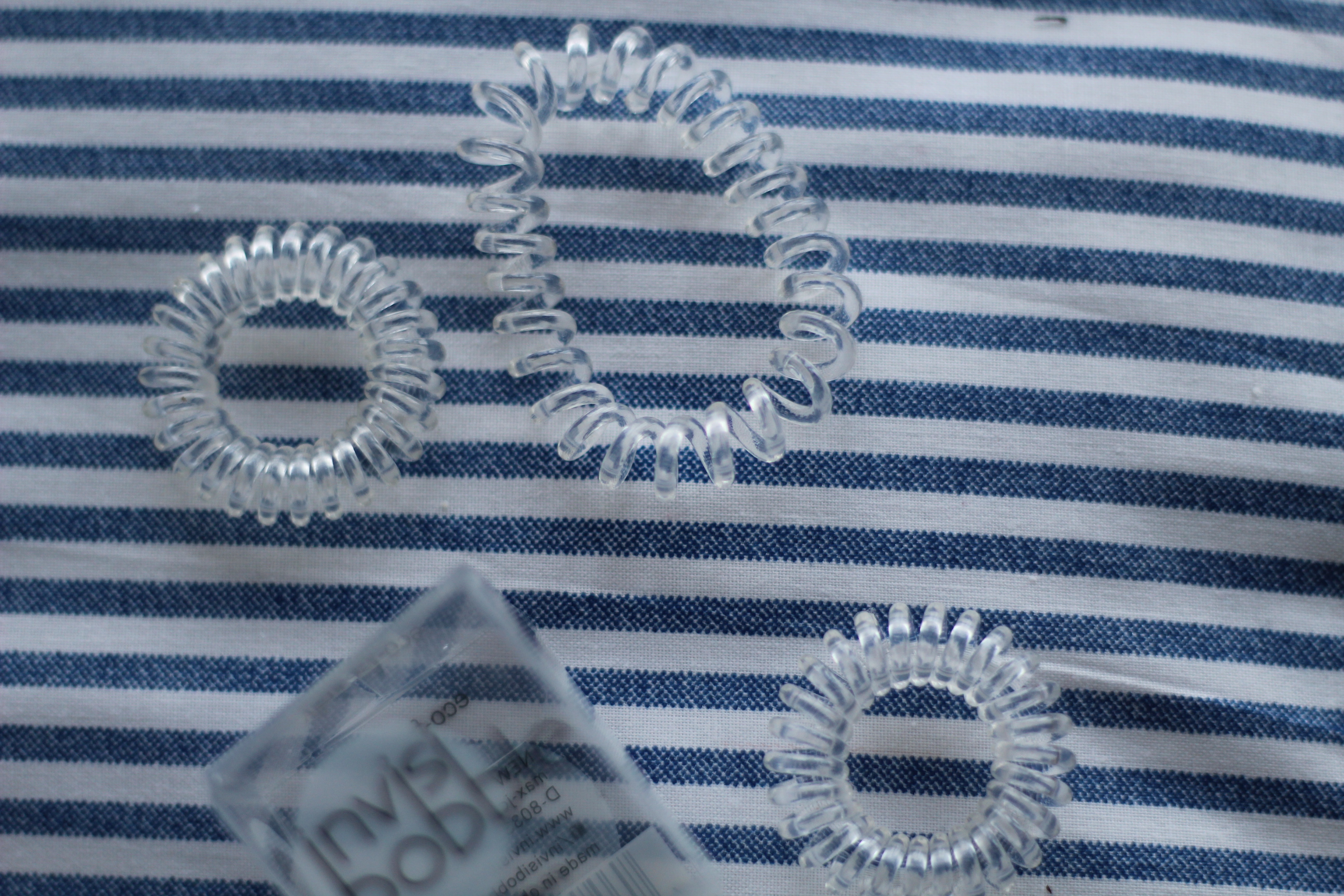 We all know the struggle of having to tie up perfectly straightened or curled hair after a long day, only for your bobbin to leave a huge dent in your hair and ruin all of your hard work. It’s a pet peeve that I’ve always had – ain’t nobody got time for straightening their hair twice!

When I saw the Invisibobble on feelunique.com for just over €5, I had to pick it up. It claims not to leave a trace of a bobbin mark, and that it doesn’t damage hair. I tried and tested it a few times overnight and during the day with a low ponytail and found that no matter how long I left it in my hair, it didn’t leave a mark. Result.

The bobbin did stretch after a while, as you can see above, but it still does the job. However, when I slept overnight with a regular ponytail, there was a slight bump the next day. For a few hours during the day or going to the gym, I think you could get away with a high pony and no mark, but overnight was a bit too long. Nevertheless, I’ll just tie my hair in a low ponytail when I’m going to sleep in the future, it isn’t that much of a problem.

It doesn’t pull or tug at the hair when you take it out because of it’s design, and it looks pretty cool because it’s clear.

If you’re like me and you tie your hair up as soon as you come in the door, I’d really recommend giving this a try. It’ll mean you won’t have to spend as much time on your hair in the mornings, letting you press that snooze button just a few more times…