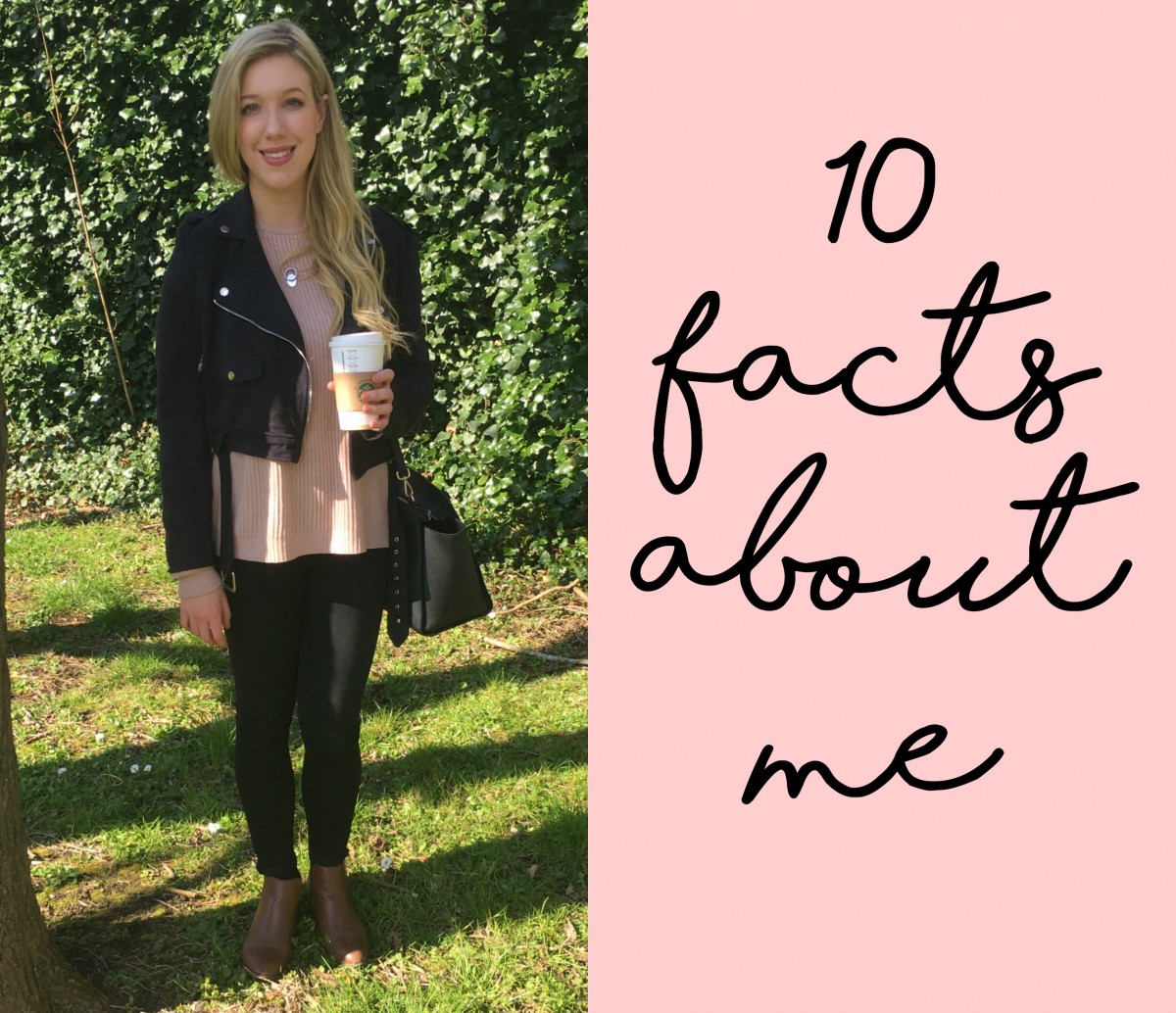 After a very stressful week last week and my site being offline for a few days (apologies about that!), WhatSheDoesNow is back up and running! I designed a new header, which I love, and even made a little icon that comes up on browsers.

I took the time my blog was down to plan a little relaunch and really think about where I want this site to go and what I want to do with my little space on the internet. Beauty, lifestyle and positivity will be the three areas I’ll focus on, and I’ll throw in a few outfits too – whenever I manage to take some good photos!

With that in mind, I thought I’d share 10 totally random facts about me – I hope you enjoy!

And there you go! I hope you enjoyed getting to know me a little better, although I must admit it was hard to think of relatively interesting things to write about myself!

Add me on Snapchat at whatshedoesnow, or use the Snapcode on the right of the screen at the top of this post to see what I get up to day to day, which mostly includes eating, drinking coffee and reading!